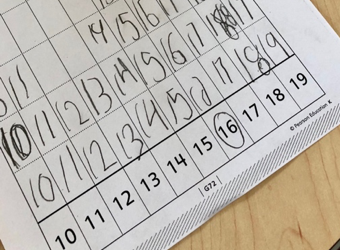 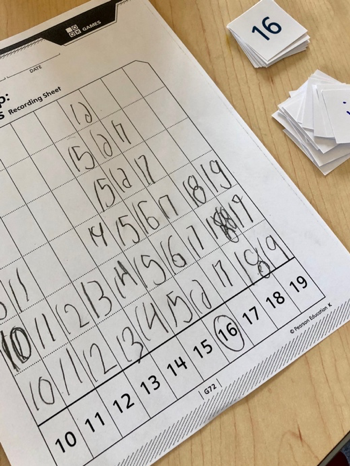 I wonder what you think about that?

Alexa is saying that all of these numbers have a 1.

So it sounds like where in the number, that the order of the numbers is very important…

1) Stella’s experience choosing among several related math activities and games, over several days, had contributed to her important mathematical wondering. Math Workshop is a powerful structure.

2) In this community, students are working to make sense of ideas, to ask their own questions, and to genuinely take up the ideas of others. This vignette speaks to me about what mathematical identity and agency look like when you are 5 or 6 years old.

3) I was also marveling at the teacher decision-making and skill on display in such a short time, and how subtle some of it was. For example:

A discussion doesn’t have to be a long, planned-for, come-to-the-rug production. It can be 5 minutes while students stand in front of their chairs.

A discussion can highlight an important math idea by sharing a student’s observation for others to think about and comment on. It can also position that child as a maker of important mathematical observations, ideas that are worth taking up as a class.

8 students shared an idea over the course of 5 minutes, with almost no interruption from the teacher. She didn’t speak after each child or rephrase and amplify the idea she was hoping to hear. What she did do was point kids to a tool where they could see the ideas being discussed, and restate Alexa’s big idea as something to be thinking and wondering about. It is clear that, in this classroom, there is time and space for students to linger on important ideas over time, and that students are eager to do so. 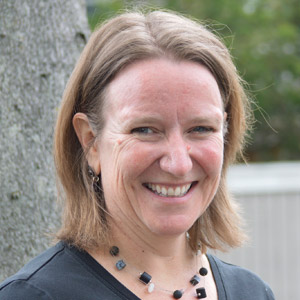 Megan has been involved in the development and writing of all three editions of Investigations in Number, Data, and Space. Originally a classroom observer who spent many hours in field test classrooms, she is now a senior author, specializing in grades K-2. She has also developed and facilitated professional development around Investigations in particular and elementary mathematics in general.