Addition, Subtraction, and the Number System 1

This unit focuses on counting and comparing quantities, connecting counting to the operations of addition and subtraction, and developing an understanding of and strategies for solving addition and subtraction problems via story problems and games. Because it is the first unit, it also introduces the processes, structures, and materials that form the basis of math instruction throughout the year, and establishes the mathematical community. As part of this work, several yearlong classroom routines are introduced that offer regular practice with counting and combining, number composition, developing visual images of quantities, collecting and analyzing data, and working with time.

The focus of this unit is on observing and describing defining attributes of 2-D shapes, using those attributes to build, compare, and sort 2-D shapes, and composing and decomposing 2-D shapes. Students identify and describe familiar shapes in their environment. They describe, name, and compare attributes of 2-D shapes, particularly triangles and quadrilaterals. Students find combinations of shapes that fill a region, and investigate different ways to compose a shape from, or decompose a shape into, smaller shapes.

Addition, Subtraction, and the Number System 2

This unit focuses on counting on/back as a strategy for adding/subtracting; composing and decomposing numbers into two or more parts and playing games that involve an unknown change; adding more than two numbers; expanding students’ understanding of addition and subtraction notation, in particular the meaning of the equal sign; and counting and comparing larger quantities. Number composition and beginning place value is also a focus. As they use Ten Frame cards to build numbers to 30, students shift to seeing a group of ten ones as one ten and think about how many “ten cards” they need to represent a given number.

This unit focuses on developing accurate techniques for linear measurement, solving comparison problems about length, and on ideas about time and fractions as equal parts of a whole. Students indirectly compare the lengths of objects, measure the lengths of various objects using several different units, including inch tiles, and compare two lengths to determine how much longer or shorter one object is than the other. They observe and describe shapes (circles, squares, rectangles) that are (and are not) divided into halves and fourths, and partition shapes to show halves and fourths. Students achieve fluency with telling time to the hour, and are also introduced to telling time to the half hour.

Addition, Subtraction, and the Number System 3

This unit focuses on developing fluency with addition and subtraction within 10, including the 2-addend combinations of 10, understanding of the meaning of the equal sign as a symbol of equivalence, and deepening students’ understanding of addition and subtraction through problems and games that involve finding an unknown addend or an unknown change. Students continue to compose and decompose 2-digit numbers and to represent them as the sum of multiples of ten and some number of ones (e.g., 22 = 20 + 2), reinforcing foundational ideas of number composition and place value.

This unit focuses on collecting, recording, representing, describing and comparing data in two and three categories, and on conducting data investigations. As students engage in their own surveys, they use data to model real-world problems with mathematics. Story problems about survey data provide a context for solving comparison problems with the difference, the bigger amount, or the smaller amount unknown.

Addition, Subtraction, and the Number System 4

This unit focuses on counting by numbers other than 1, with an emphasis on groups of 10; adding and subtracting 10 from a 2-digit number, and subtracting a multiple of 10 from a multiple of 10; and on representing 2-digit numbers with tens and ones and using those models to add within 100. Students use contexts such as fingers on students, dots on Ten Cards, and cubes in towers of 10 to represent numbers as tens and ones, to determine a quantity presented as tens and ones, and to compare and add numbers within 100, including situations with more than 10 ones. 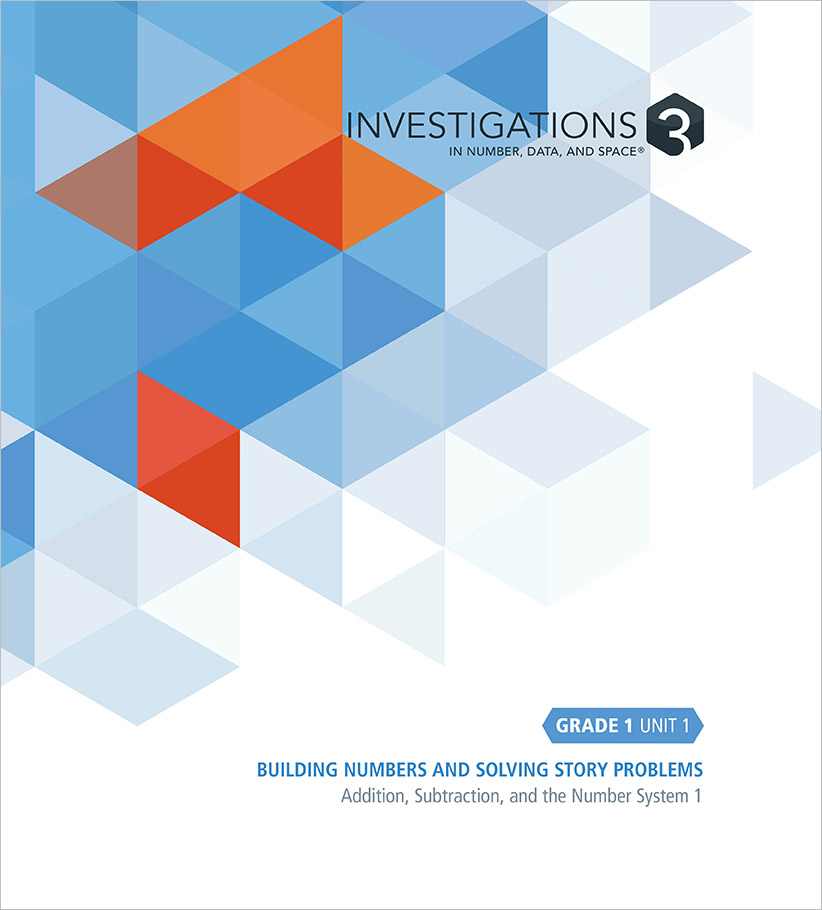