In Person or Remote: This is What Doing Math Is 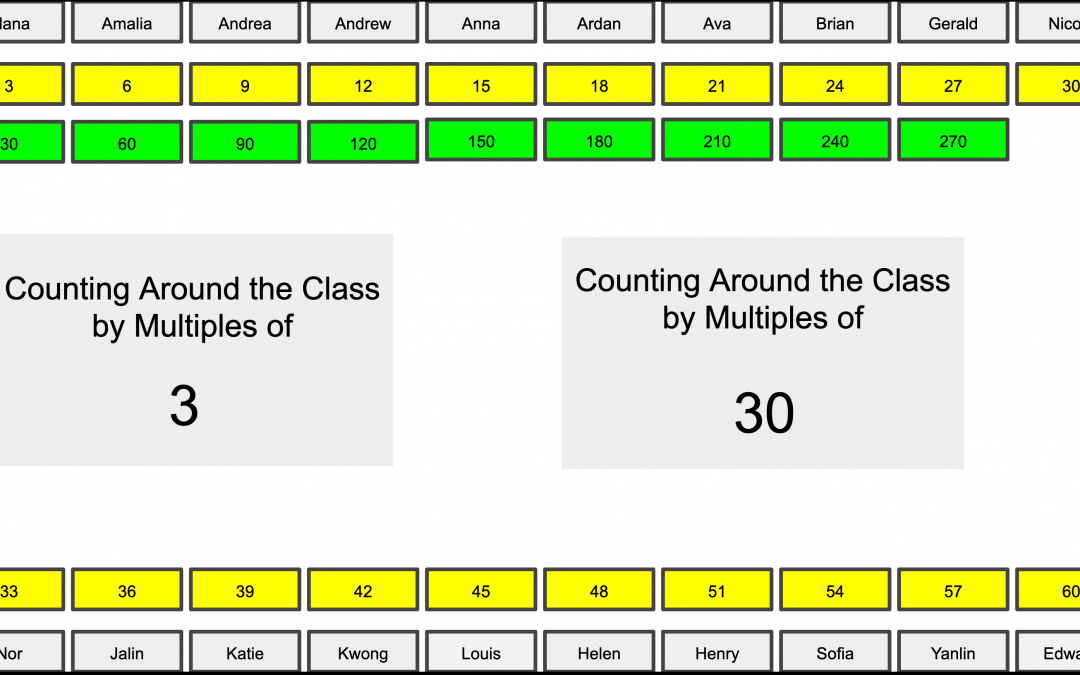 Our staff has been thinking hard about how teachers are using Investigations 3 to teach math in all of the different scenarios they are faced with this year. We’ve been visiting the remote classrooms of teachers we’ve collaborated with previously, to learn from teachers and students who are teaching and learning math online, and to see how the rigor and coherence of the curriculum is supporting them in that work. This series of blogs will share some of what we are learning. (Read an introduction and the first blog in the series.)

Classroom Situation: This class of 20 students, whose names have been pseudonymed, has been fully remote since the beginning of the school year. When I visited, the class was working on Session 3.1  of Unit 3.

In mid-January I “visited” a fourth-grade class on zoom. I was very interested to see whether the same kind of math thinking I have encountered during visits to Investigations classrooms in the past would be evident in this fully remote class.

The part of the session that stood out to me the most was a 10 minute discussion at the beginning of the session based on a Ten-Minute Math Activity called Counting Around the Class. The Ten-Minute Math activity asks students to count around the class by a number (e.g. 8) and stop along the way to discuss things like: “The last number said was 96. What is a multiplication equation that represents how many people counted so far?” In this discussion the students counted around the room by two different numbers and examined the relationship between the multiples of the numbers they counted by. The conversation during this activity showed the kind of student thinking, sharing of ideas, and teacher facilitation I would expect visiting a classroom in person.

First the class counted around the class by 3. The teacher shared a google slide she had created that included each student’s name below or above which the next multiple of 3 appeared after the student said it. 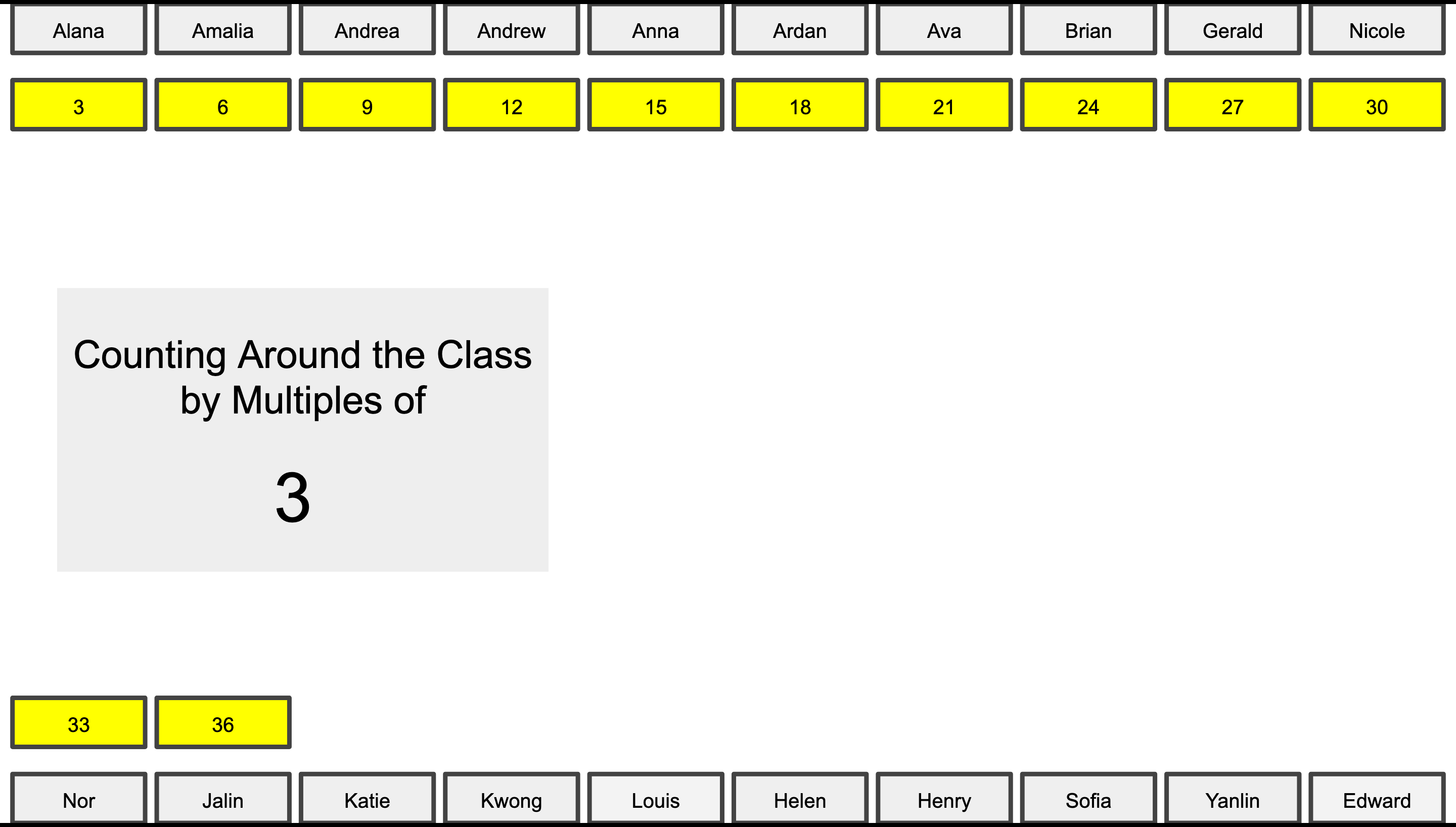 After they counted around the class, and all of the multiples of 3 had been revealed, the teacher said:

Edward: I think the rule is that it has to be a multiple of 3 and 10 at least.

Teacher: Can you say more about that?

Teacher: Let’s count around the class again and think about what Edward said about them being multiples of 3 and 10.

The teacher returned to the same google slide, this time to count around the class by 30. A few students counted. When it was Gerald’s turn to say the next multiple of 30, he brought up another idea about the relationship between the multiples of 3 and 30. 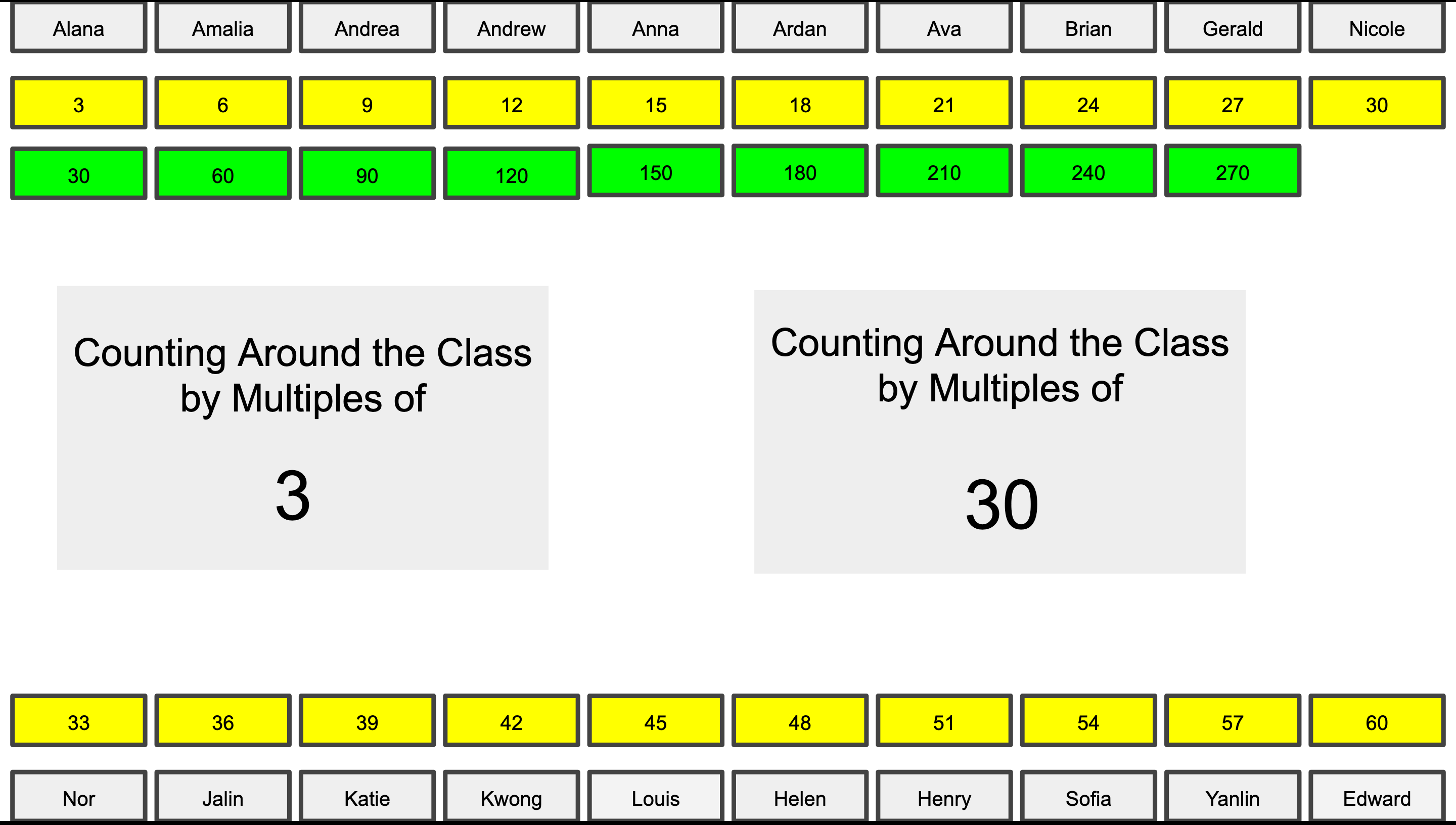 Gerald: Can I just comment and say the reason I think they’re connected? Since we’re multiplying by 30 and it used to be 3, everything is going to be 10 times the amount of what it would be with 3 because 10 x 3 is 30 so it each lines up exactly because it is exactly 10 times the amount for every single one. And my number is 270.

Teacher: Edward, is what Gerald said kind of like what you were saying as well?… Gerald, I don’t think Edward heard you.

Teacher: If we are thinking about what Edward and Gerald said, Nicole what would be next number?

They continued and finished counting around the rest of the class by 30.

I was impressed by Edward’s and Gerald’s comments and the relationships they saw between the multiples of 3 and 30. In Investigations, 3rd and 4th graders examine the mathematical relationship between multiplying by a single digit number and multiplying by a related multiple of 10, and it is a relationship that many students struggle to explain. I loved how the teacher asked the class to consider Edward and Gerald’s ideas as they continued to count, and that she asked Edward and Gerald to consider if their ideas were connected. I was curious if other students were thinking at all about Edward’s and Gerald’s ideas as they continued to count.

When I told the teacher that I was impressed by the student thinking I heard, she said that she thought this was because these students have been thinking and working on math in this way throughout their elementary school careers. Clearly these students saw doing mathematics as involving looking for relationships, making sense of those relationships, and using what you know or have figured out to solve problems. To these students, and their teacher, this is what doing math is, whether in person or completely remote.

← Previous Post: Teaching Investigations 3 Remotely: Not So Different Next Post: Meaningful Math Talk — It's Still Happening in the Remote Classroom → 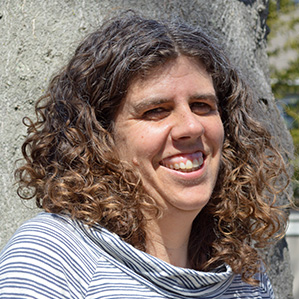 Arusha Hollister
Arusha is one of the authors of both the 2nd and 3rd editions of Investigations in Number, Data and Space. She has also developed both in-person and online professional development for Investigations. Before working at TERC, Arusha was an elementary school classroom teacher and a math coach.