And Then, She Waited

Have you ever been teaching (or leading professional development) and asked a really good question only to be met with silence? We all have teacher moves in our back pocket for situations like this—maybe do a turn and talk, ask the student if they’d like to call on someone to help them, or ask a different question. I recently observed a third grade lesson when I saw a teacher face this exact situation. The lesson (Unit 5, Session 3.4) focused on strategies for solving division problems. The discussion focused on the following problem:

As students worked, Mrs. N observed and interacted with students, jotting notes about how to sequence solutions for the discussion: 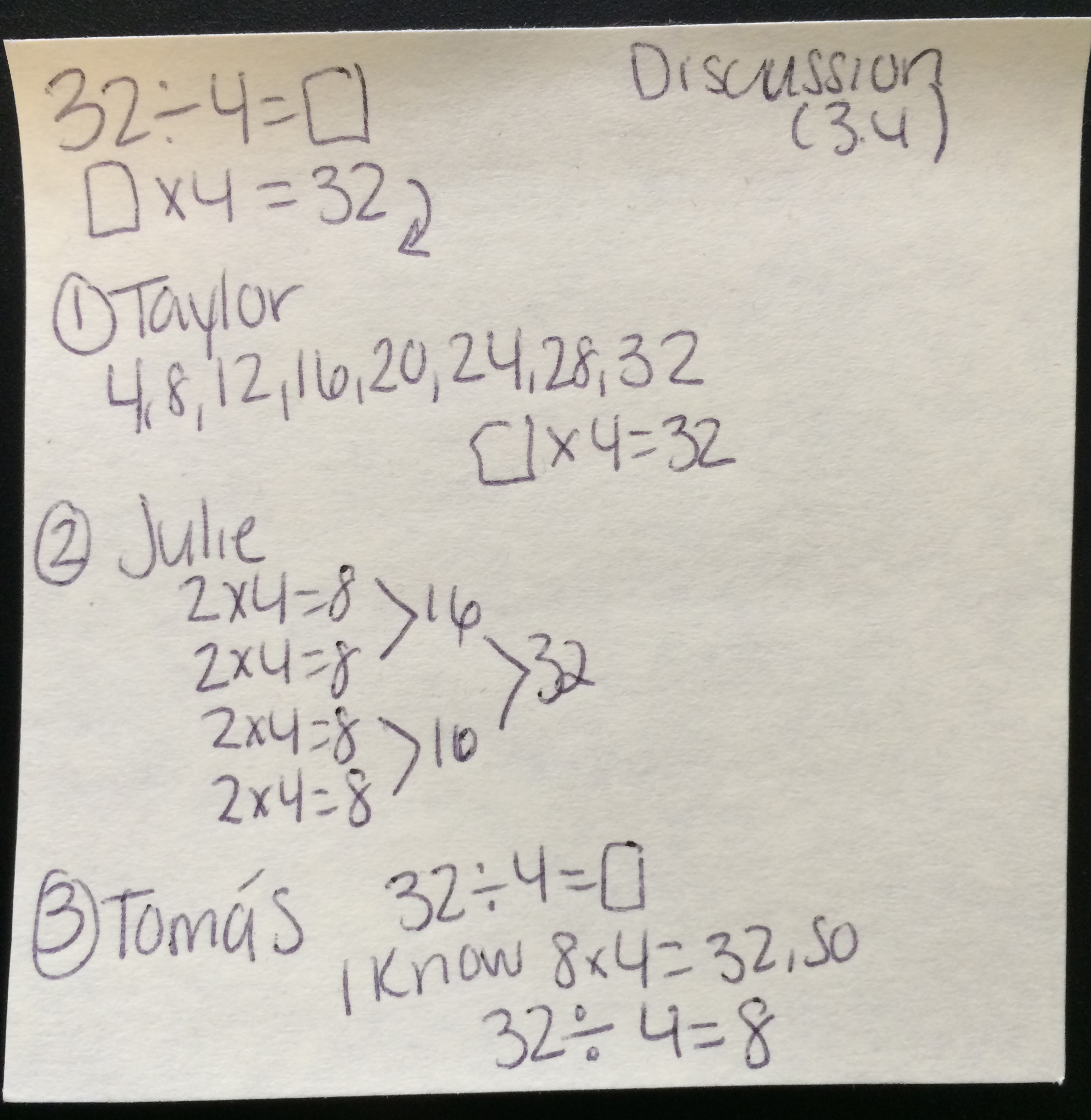 Mrs. N: So if we look at Julie’s first step, what part of the problem has she solved?

The students quickly answered that the 2 stood for two groups, and the 4 was how many cars were in each pack.

Students had some difficulty answering this question; they said “8 cars”, “8-packs”, etc. This wasn’t so surprising given that Mrs. N had just recorded an 8 in Taylor’s equation: 8 x 4 = 32. There it represents 8 groups. But the 8 in Julie’s equation represents something different than the 8 in Taylor’s!

Once the class established that Julie’s 8 represented the number of cars in two 4-packs, Mrs. N drew a circle around the 4 and the 8 in Taylor’s skip counting sequence. Each time Julie said she wrote another 2 x 4 = 8, Mrs. N circled the next two numbers in Taylor’s solution. After doing 2 x 4 = 8 four times, Julie said she added the 8’s and then the 16’s to get a total of the 32 cars.

Mrs. N (pointing to equation above Taylor’s solution): We’ve already established that eight times four equals 32. Where in Julie’s work do you see the 8 groups?

Take a minute to look at Julie’s equations. Where are the eight 4-packs in Julie’s solution?

A number of students immediately raised their hands. The teacher called on Jackson. He said, “It’s…” and then he stopped. The pause seemed to stretch for eternity; one I think we’ve all experienced. The teacher waited.

I found myself holding my breath! There were 2s, there were 4s, and there were 8s—which are all multiples of 2—all over the board. Mrs. N’s question was a difficult one, partly because these third graders were just beginning to understand and solve division problems, and also because Mrs. N was asking them to make sense of another student’s solution. And there were 2s, 4s, and 8s everywhere!

Whew, I could start breathing again! In reality, the teacher probably waited less than 10 seconds. As I wrote at the beginning of this blog, we’ve all been there; it feels longer than just “wait time.” It can be agonizing. We want to step in. We want to “save” the child—maybe call on another student, or ask a leading question such as, “Is the 8 in these four groups of 2”? which in reality is just another form of telling.

But the teacher waited. And waited. She had confidence that her students could understand what she was asking and that they could make sense of a classmate’s solution. She understood how hard this question was. She trusted her students to figure it out. And her faith in her students paid off. It generally does. I think “And then she waited” is going to be my new mantra! And maybe a good mantra for all of us.

← Previous Post: What Does It Mean to be a Math Person? Next Post: Q&A: The Definition of a Trapezoid → 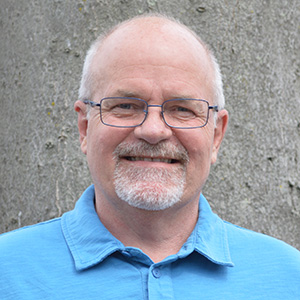