Asked and Answered: Why Ask the Same Question When You’ve Already Gotten a Perfectly Good Answer? 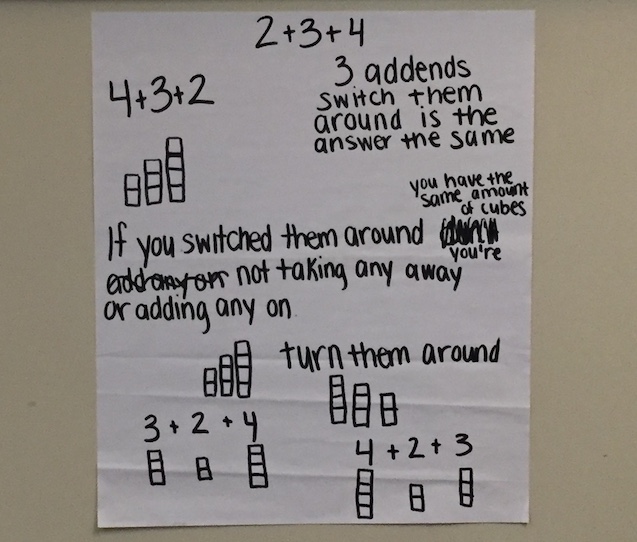 I was watching one of those legal shows on TV the other night. The prosecutor was asking the defendant a version of the same question for the third time. The defendant’s lawyer, getting annoyed, objected: “Asked and answered!”

I’ve heard this phrase a hundred times in the (made-up TV) legal context, but this was the first time it struck me how pervasive this idea was in my own mathematics education, and how powerful it still is: If a student has given a perfectly good answer to a math question, why ask a second or third time? After all, now everyone knows the answer. What’s the point in asking again?

Let’s consider these questions using a discussion from Investigations Unit 1 in grade 2. The class has been thinking about whether switching the order of addends affects the sum. Students have already decided that changing the order of two addends doesn’t change the sum. Now the teacher asks about three addends. Students work on this question in pairs, using connecting cubes to represent the addends. Then the teacher brings them together to share their ideas.

Teacher: So what do you think about changing the order of three addends, like 2 + 3 + 4? If you change the order, what happens to the sum? Carla, do you want to start us off?

Carla: It would be these cubes [showing towers of 2, 3, and 4], and if you just switch them around, it would be the same cubes because you’re not taking any away or putting any more there.

Lilliana: If you have the, if you switch, if you have 2 + 3 + 4, and you switch them around, you’ll still have the same number of cubes because you’re not taking any away or putting on any more.

Teacher: Does someone want to add on to that, or say it in their own words?

Teacher: So, does someone want to either add something to what Olivia said or say it in their own words? Frank, do you want to give it a try?

Frank: I was going to say it in my own words.

Teacher: You can say it in your own words.

Teacher: And does it change the answer?

Many students: No. It never changes.

Dorothy: If you just switch it around, it’s still gonna be the same answer because you’re not taking any away or putting anything on it. 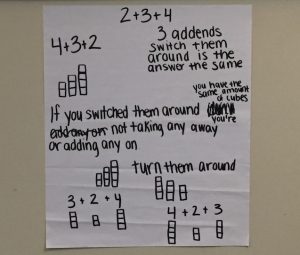 Teacher: Drew, we haven’t heard from you.

Teacher: So, that also equals 9. That’s also another way that it’s the same.

Over many examples of classroom discussion, we’ve seen that, by extending the dialogue, even though a question has been “asked and answered,” the teacher makes it possible for a number of things to happen:

We can’t see inside students’ heads to understand how they’re processing each other’s and their own ideas. But we can make time for students to hear, take in, mull over, reformulate, and compare their own and other’s mathematical ideas by continuing to ask the same question.

I’ll leave you with another issue I’m thinking about: Simply asking a question again and again isn’t an effective teaching strategy in all situations. What characterizes this class discussion? What do you think makes it fruitful in this instance for the teacher to continue to ask for responses?

This classroom example is adapted from a video that is part of the professional development resource, But Why Does It Work: Mathematical Argument in the Elementary Classroom by Susan Jo Russell, Deborah Schifter, Reva Kasman, Virginia Bastable, and Traci Higgins (Heinemann, 2017).

← Previous Post: What Does It Mean To Be Smart? Next Post: A Grade 3 Q&A: Assessing the Multiplication Facts → 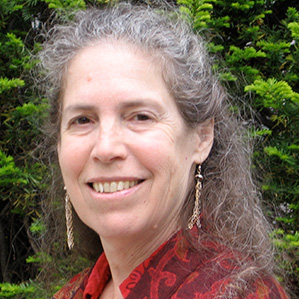