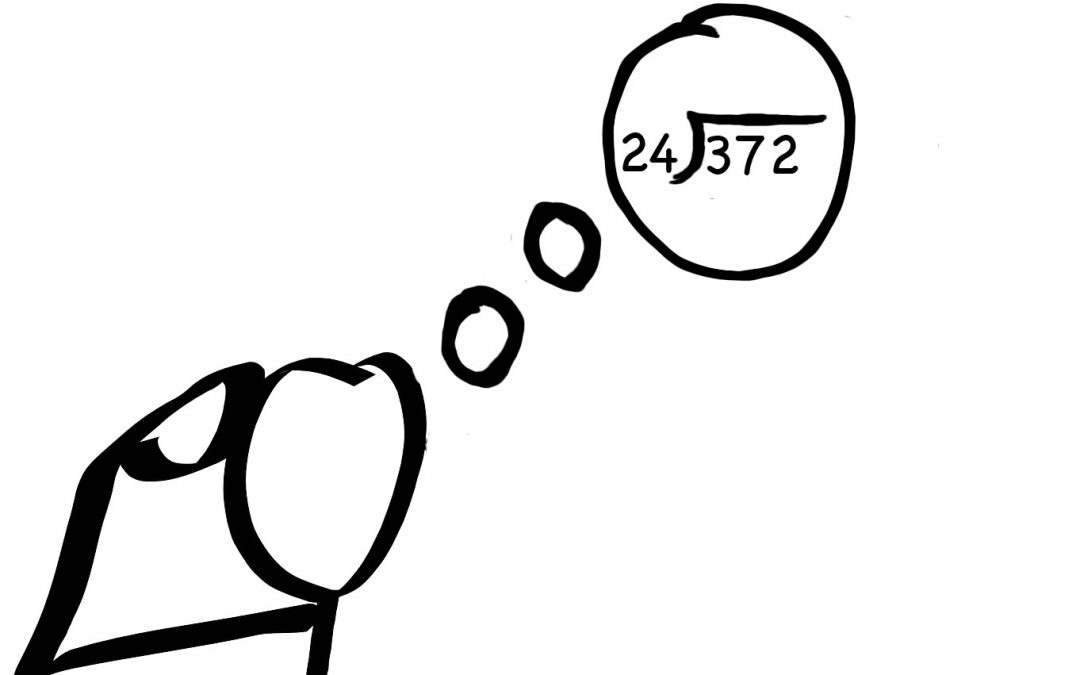 Over 20 years ago, just out of college, I applied for a job at TERC after seeing an ad in a newspaper. A project called Investigations in Number, Data, and Space was looking for a classroom observer. I had spent most of my college years volunteering in an elementary classroom once a week, so I sent a writing sample – from a course I’d taken with Ted Sizer – and got an interview. The last step? Meet Susan Jo Russell, the Principal Investigator of the project.

We chatted and she asked me about my experience with math. I said I’d always done pretty well in math and, in an effort to be positive, I added:

Me: I always liked how tidy it was, how you get an answer you can put a box around.

Then she asked me to solve a story problem. A division problem. In my head.

I had always been good at math. I was a good memorizer. I excelled in following the steps and getting the right answer. Doing the division algorithm in my head was not easy, especially on the spot. I managed by writing furiously on what Marilyn Burns would call my “mental chalkboard”. Looking back, I didn’t have another way to think about the problem, nor a sense that there were other ways.

When Susan Jo talked about writing a curriculum that would help students solve problems in ways that made sense to them, I didn’t know what that might mean. But it intrigued me. It made me think about:

• Elementary school friends who were not good at memorizing, at blindly following a series of steps. And who were therefore seen as — and who saw themselves as — not good at math. (I remember publicly pretending that I didn’t understand subtraction with regrouping in 2nd grade because no one else did.)

• A high school friend who I could see understood things, like why the steps worked. I would ask, “But how do you know that??” He could not explain, and I could not fathom, how he knew these things that we hadn’t been taught.

What I came to understand was that a curriculum like Investigations could empower my elementary school friends to expect math to make sense and to expect that they could make sense of it.

It could also make explicit the kinds of ideas and thinking that my high school friend “could just see,” for everyone. Discovering that an equation I might have seen in algebra could be used to describe an actual situation, that it could be represented with objects and seen and described in different ways, was one of many “aha!”s I have had over the years.

My hope is that a curriculum like Investigations provides students with many such moments. And fewer adults saying, “But why didn’t I ever know that?”